Five churches of five grand denominations – all this in walking distance in the wonderful inner city of Nyíregyháza!

Amid the everyday rush we often fail to realise that each day we pass by the churches of many religions, significant not only for their religious but also their artistic and aesthetic values, and their role played in the city’s history. They tell us about the history of the old city, its population, and we can admire the thousands of tiny details their creators provided them with.

The Roman Catholic church is one of the best-known buildings in Nyíregyháza, located at the heart of the city, on the main square. The exterior design of the church – with its rich structure, buttresses and decorative elements – is fascinating. With its two towers, simple style and perfect structure it is an outstanding creature and monument of the Hungarian religious architecture.

The church built of brick between 1902 and 1904 in Neo-Romanesque style was designed by Virgil Nagy and József Kommerer, architects from Budapest, and was constructed from the donations of József Samassa cardinal, the archbishop of Eger.

The Patrona Hungariae church has been a co-cathedral of the Debrecen-Nyíregyháza Diocese since 1993. 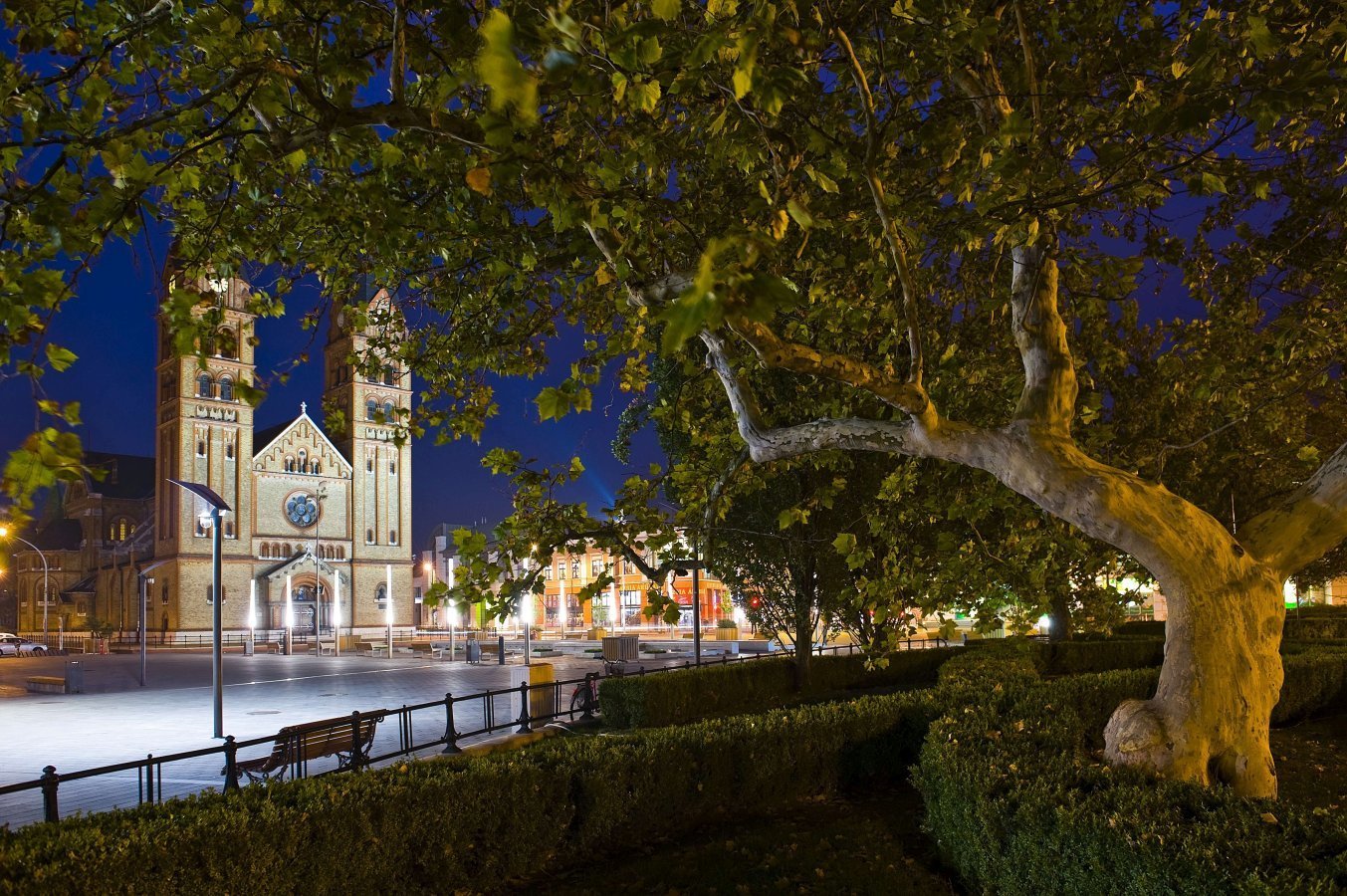 The oldest building and also the most valuable monument of Nyíregyháza is the evangelic church built in Baroque style, which is also an important venue in the city’s music life. The evangelicals coming to Nyíregyháza in 1753 from Békés county built the church between 1784 and 1786, according to the designs by Giuseppe Aprilis. The chime of 12 bells above the main entrance can be heard in every hour since 1928. Who would believe that the people of the city were warned of fires from the tower of the church up until the beginning of the 20th century? And did you know that the church did not have a tower for 10 years after the construction of the church building?

At the renovation of the evangelic church in 2001 it became necessary to re-overlay the tower’s sphere with gold, and when it was dismantled, its hidden treasures became revealed. Documents recording the most important events of Nyíregyháza in the period (the famine, fire, data relating to the congregation etc.) were placed here in 1822, 1853 and 1883, offering a rare insight into the life of the 19th century market-town. 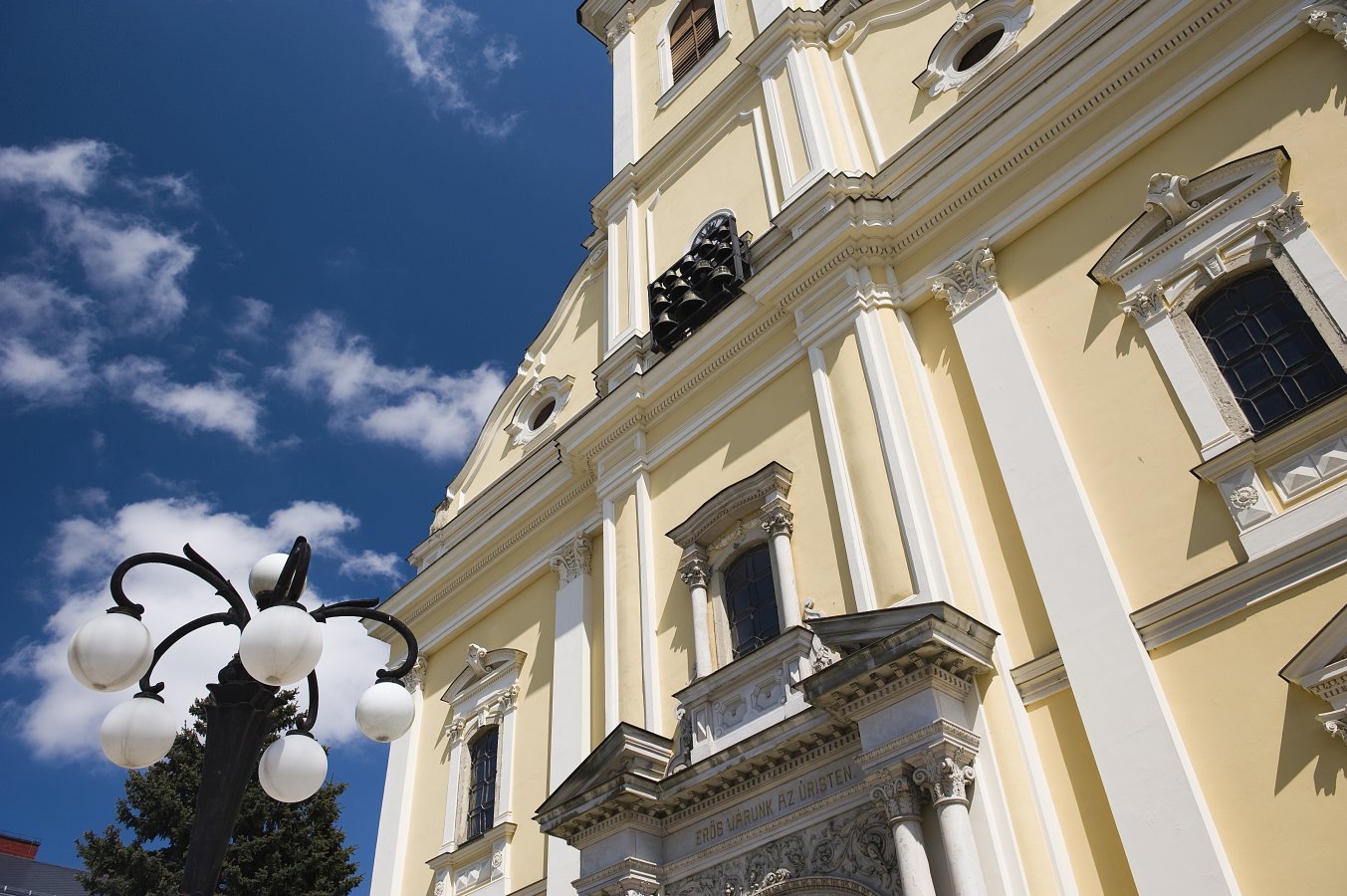 Reformed church – simplicity and beauty in the spirit of romanticism

The wonderful east-west sited church was built according to the designs of János Melhouse between 1873 and 1882 in romantic style. In 1936 a singing-loft was built in the church and a clock was placed on its facade, making it become a dominant building on Kálvin square. Formerly, another church from the second half of the 13th century stood at this place, the ground-plan of which can be viewed in the congregation hall next to the church. 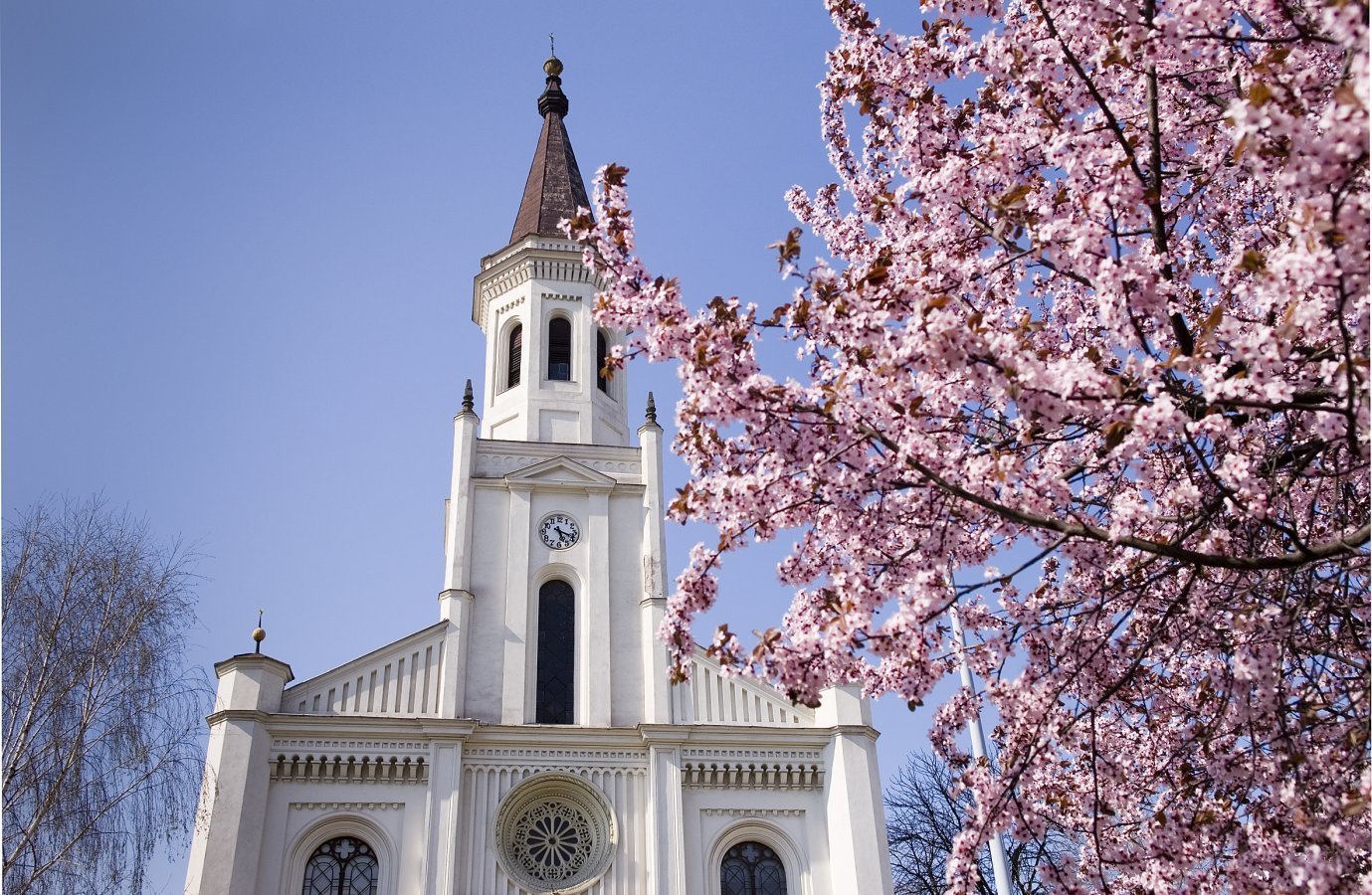 The Greek Catholic church located near the City Hall, built in mixed Byzantine style, was consecrated to the honour of Saint Nicholas in 1897. Its painted glass windows depicting Christ the Teacher, and its ethereal, almost floating canopied altar, are especially beautiful. The art-nouveau bishop’s palace built opposite the church in 1909 was also visited by the Pope Saint John Paul II in 1991. 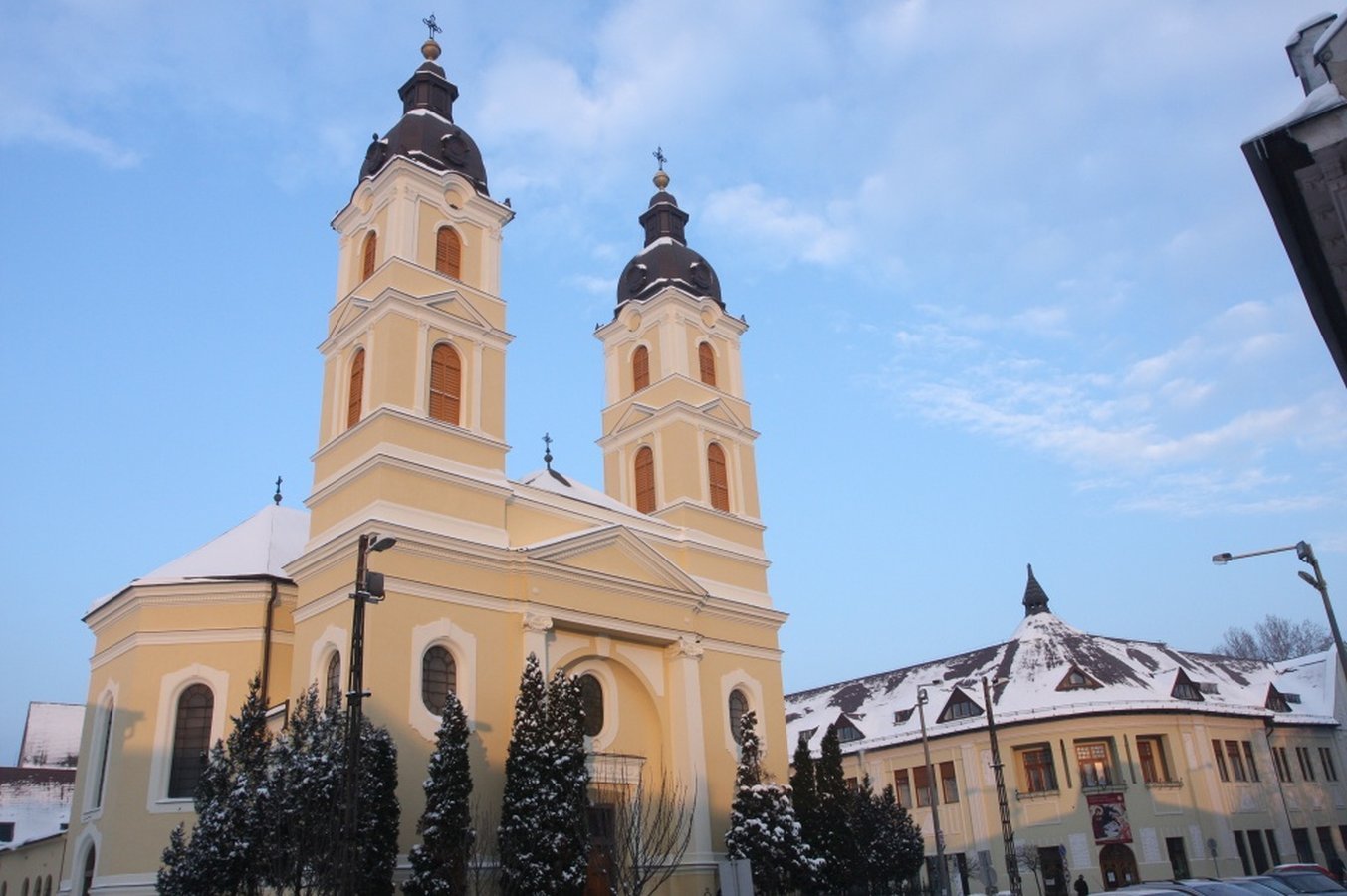 The construction of the synagogue in Nyíregyháza was ordered by the orthodox Israelite community, and it was built according to the designs of Lipót Baumhorn, the most significant synagogue designer and architect, between 1923 and 1924, however, it wasn’t fully completed until 1932. This synagogue is the biggest house of worship in the county that still operates.
On the ceiling and the walls there are paintings with the symbols of the tribes and constellations, Biblical scenes and the religious symbols of Jewish people. 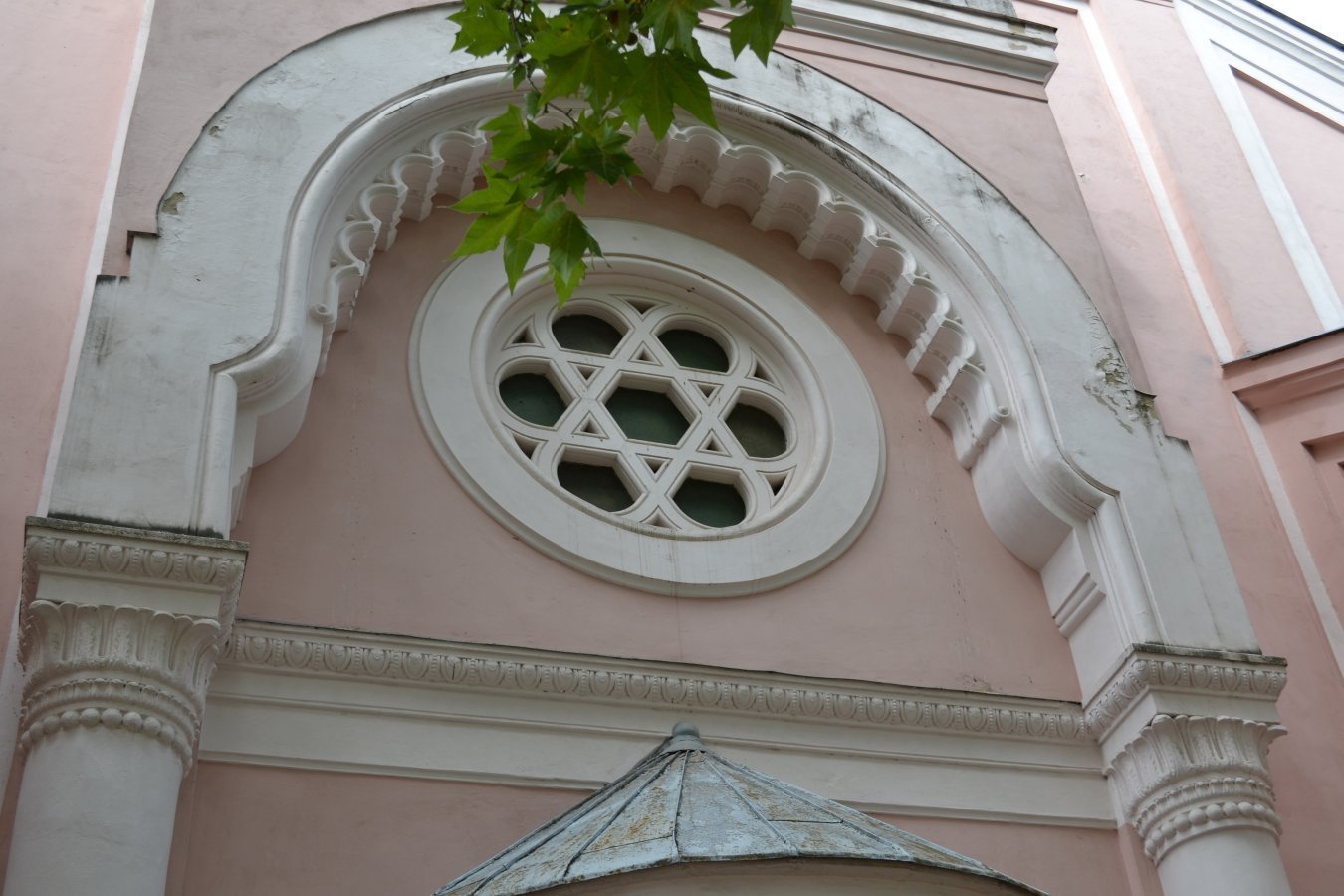 Pictures of the churches 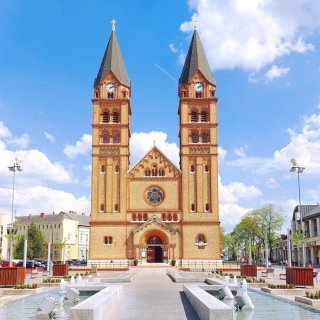 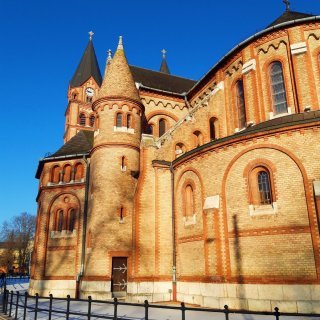 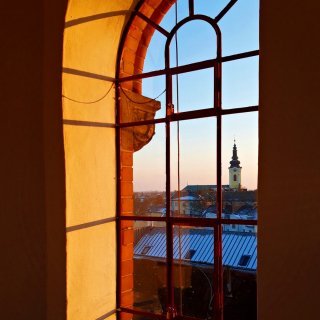 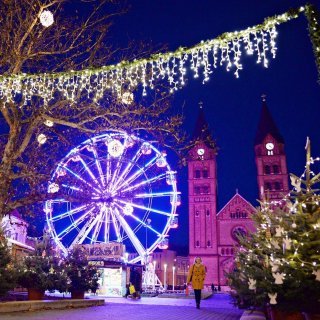 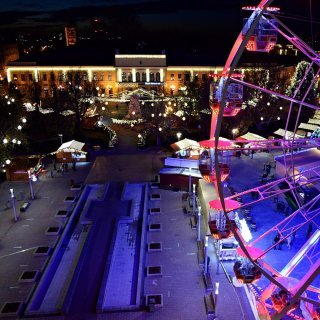 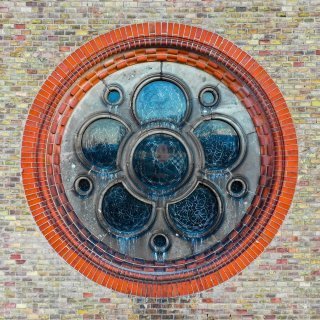 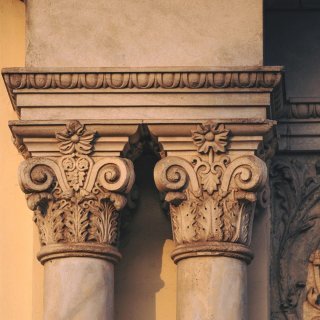 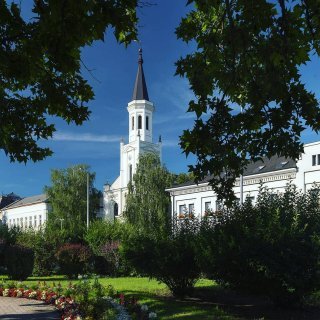 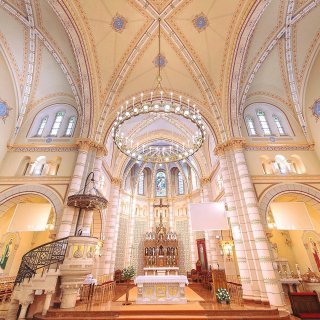 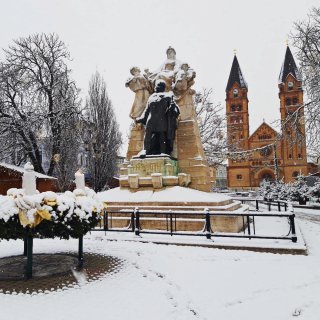 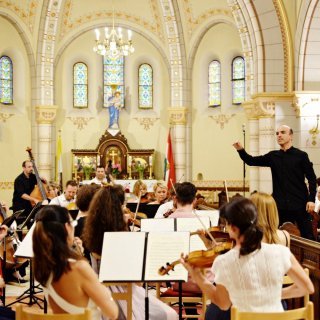 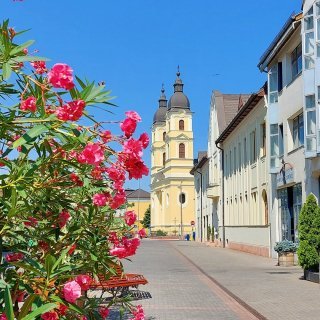